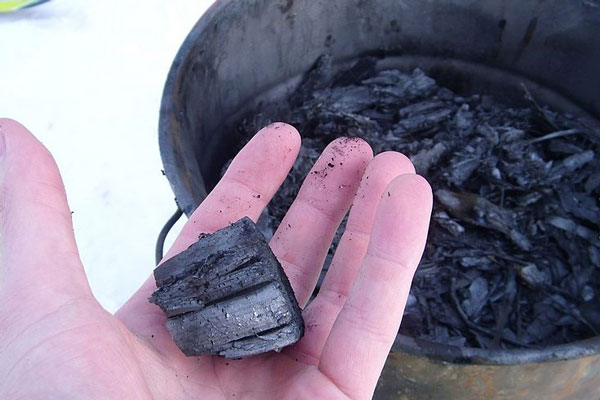 Biochar is not an ordinary charcoal. It is a kind of charcoal with rich carbon content. The biochar is carbonized in a low-oxygen environment by carbonization of wood, grass, corn stalks or other crop wastes. This kind of plant-formed charcoal for the purpose of fixing carbon element is called “biochar” by scientists. Its theoretical basis is: biomass, whether plants or animals, burning in the absence of oxygen, can form charcoal.

Biochar is a kind of biomass charcoal that has been “processed” by high temperature pyrolysis. The cracking process not only produces a gas for energy production, but also a stable form of carbon – charcoal.

Biogas is almost pure carbon, which will not disappear after hundreds to thousands of years if buried in the ground, equal to the carbon sealed into the soil. Biogas is rich in micropores, which not only can supplement the soil organic matter content, but also can effectively save the water and nutrients, and improve soil fertility. In fact, the reason why fertile soil mostly black is because of the high carbon content.

British environmental-protection master, James Lough Rock, said that bio-char is the only hope to reduce catastrophic climate change. Researchers also said that bio-char can also increase agricultural productivity and reduce the demand for carbon-intensive fertilizers. The cave structure of charcoal is very easy to gather nutrients and beneficial microorganisms, so that the soil can become fertile, which is conducive to plant growth, to achieve increased production while making agriculture more sustainable. Even better, it locks the carbon in the biota, rather than letting it drain into the air.

For thousands of years, charcoal has been used as fuel, and the charcoal manufacturing process is simple: let the wood, straw or crop waste burn in anoxic environment, and the material we finally we get is charcoal. The traditional method is to cover the soil in the burning of the biomass so that a long time flameless burning.

The production of biochar depends on the speed of the pyrolysis process. Rapid high temperature decomposition can get 20% biochar, 20% syngas and 60% bio-oil. While slow pyrolysis can produce 50% charcoal and a small amount of oil. The UK Institute for Management and Sustainable Development believes that due to the fact that modern pyrolysis devices are fully capable of operating syngas, the energy produced is three to nine times the required energy cost.

Many other materials can also make charcoal, such as a large number of plant and animal waste produced by agriculture – straw, shell, feces, etc .; human-made garbage – such as sewage sludge or other garbage can come in handy. The use of biomass waste to produce bio-carbon and double the effect of carbon reduction. If they are rotten, they will produce methane. Methane is also a greenhouse gas, and its impact on the greenhouse effect is more than 20 times the carbon dioxide.

1. Carbon element can be locked in the soil for hundreds of years

The decay of the plant naturally makes the soil contain a lot of carbon. But the carbon is relatively unstable, and largely affected by the climate. Once there is a change like farming, the soil releases carbon dioxide. It makes them both carbon and carbon sinks. Therefore, the idea of using soil to lock carbon is not the slightest attraction for climatologists.

The difference between biochar and soil lock carbon is that biochar can stably lock carbon for hundreds of years. And the carbon element is difficult to be decomposed after mineralization. More importantly, in addition to its soil improvement function, some of the byproducts produced in the production process are highly attractive.

In the biochar production process, about 1/3 of biomass is converted to bio-char by biochar production equipment; 1/3 into combustion can be used for the synthesis of gas; 1/3 to form a substitute for crude oil. This alternative can not be used as a transportation fuel, but it can be used to make plastic. So the famous explorer and naturalist, Tim Fernando of Australia, argues that these characteristics of biochar have “enabled us to solve three or four major crises at the same time: the climate change crisis, the energy crisis, and the food and water crisis.” The use of biochar can not only make the soil fertile, but also can help the soil to keep the water.

2. Can effectively reduce the carbon content in the air

According to the Global Carbon Program, between 2000 and 2007, 54% and about 4.8 billion tons of carbon dioxide emitted by humans into the atmosphere were absorbed by carbon sinks in land and oceans (eg, plankton in forests and oceans). However, there are still about 4 billion tons of residual carbon each year we need to find ways to reduce or absorb. In addition, due to land and sea warming, the absorption of natural carbon sinks is declining, which means that we either pay more effort to reduce the carbon content in the air, or stop the air emissions of carbon.